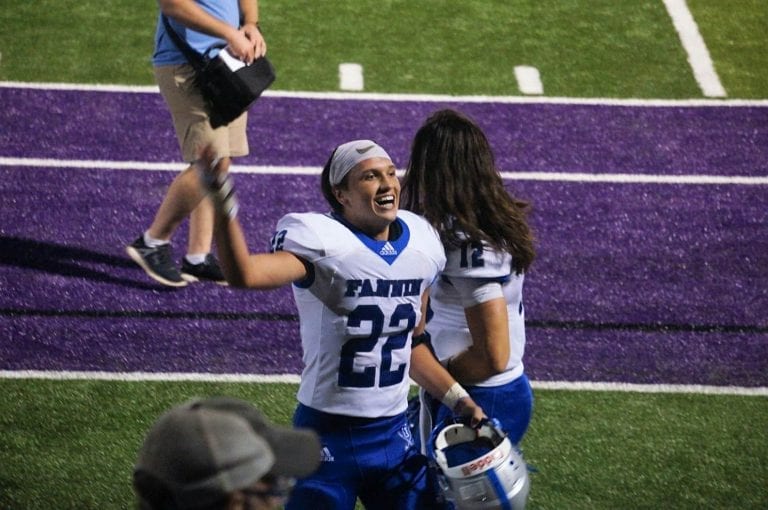 As our team has been doing some reflecting on this past football season for the GHSA, we have narrowed down our top 3 games of the year we covered in 2020.

This was the lone playoff matchup to make our list. Fannin played host to Pace Academy the Saturday after Thanksgiving, in a game that was close in its entirety. Both teams were tied at a touchdown a piece heading into the locker room, but coming out of the halftime gate Pace jumped out to a 21-7 lead, the largest deficit Fannin had seen all year. The resiliency of the Rebels paid off however, as they were able to put up 28 unanswered points and win the ball game 28-21.

In the first game of the year for both the Panthers and the Rebels, we were able to watch an instant classic. This was perhaps the only game this year in which the Panthers were fully healthy, and they played up to their potential. There is a lot of history between these two teams and this game is tagged by the locals as the “Border War”. Fannin took a 17-14 lead into halftime thanks to a Jack Catner field goal. Logan Helcher was able to find paydirt late in the 3rd quarter however and give Union their first lead of the game. Fannin was able to answer with about 5 minutes left in the game, as Andre Bivens scored on a 25 yard TD pass from Luke Holloway. Union got the ball back and was putting together a good drive of their own until Cason Owensby intercepted a Panther pass attempt, sealing the game for the Rebels and kick starting their undefeated regular season run.

As you can tell by the final score, defense dominated this game. Union County was riddled with injuries offensively, but their defense was still able to stonewall the Gilmer Bobcats offense, not allowing them to score a single point. JJ Littles was able to pick off a pass for the Panthers in the second quarter, and their offense capitalized as Jonah Daniel punched in a TD for the only points in the ballgame. Unions Defense held on and they won the game on a single score.